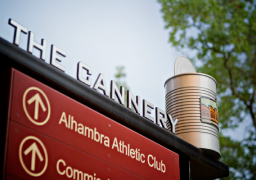 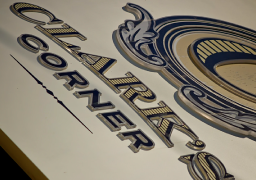 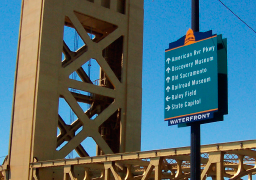 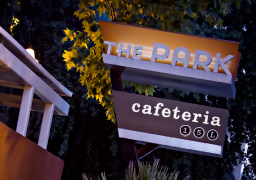 The year was 1946, a very young lady named Jean Manning was busy at Walt Disney Studios in Hollywood, California using her talents as a sign writer (sign painter) lettering anything and everything for her employer.  Jean had a real talent with a brush as she could letter the smallest 1/8″ tall to large billboards and murals.

In 1959 she set out to do something different so she moved to Placerville, CA. and started Western Sign Company.  She started by lettering banners, show cards and trucks.  Business was brisk.  Jean decided to expand into neon and fluorescent signs which had become quite popular.  She purchased her first crane with ladder above so that she could service what she had sold.  At the time Jean started putting up billboards up and down the Highway 50 corridor and that part of business flourished.  Jean was a remarkable business woman.

In 1971 Trevor Thomas come to work for Jean with the intention of buying the business from her.  The business had 6 employees at the time.

In 1974, David Brazelton left a large sign company in San Francisco to join Western Sign as he was recently married and wanted to start a family in the Gold Country.  Trevor Thomas bought the business from Jean in 1976 an in 1978 David Brazelton and his wife Cindy bought it from Trevor.  At that time Western Sign had 5 employees, a crane service truck and a pick up.  Jean came back to work for David part time and then retired in 1988 to move to Oregon.

Since 1978, Western Sign was on a mission to put every available dollar and current technology back into the business.  When the first vinyl cutter was introduced in 1980 , Western acquired it.  When the first CAD Cam Machine came out in the late 80’s early 90’s, we were there to buy it.

When the economy slowed in early 80’s, Western went outside El Dorado County and into Northern California.  We went after larger jobs with the emphasize on customer service.

In the mid 90’s, Western obtained a Nevada Contractors license to take care of customers in Northern California that were expanding into Nevada.

Western Sign today is grateful to employ many skilled and accomplished talent of over 250 years.  Each team member has had a wide range of talents that go into every sign or project we design, manufacture, install and service.  The versatility of our company enables us to take on the most complex projects with excellent results.  We enjoy challenging tough and complex projects because we love the challenge and thinking outside the box.